Yes, a pinball without its lights is no pinball.  Also music is needed , but that is problem for later.

The lights I going to use on my fabulous pinball are addressable LEDs. These LEDs are all connected in series to form a long string. Each LED can be individually controlled in intensity and colour.  Per string you only need a single bit to control them. The playfield is likely make out of multiple strings to make routing easier.

The LEDs I found are already pre-soldered with wires in between them, ready to go. Standard they have 50 LEDS per string, but that number can be reduced or increased as needed. 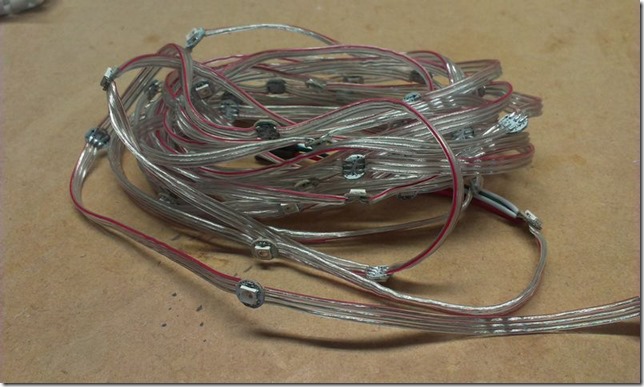 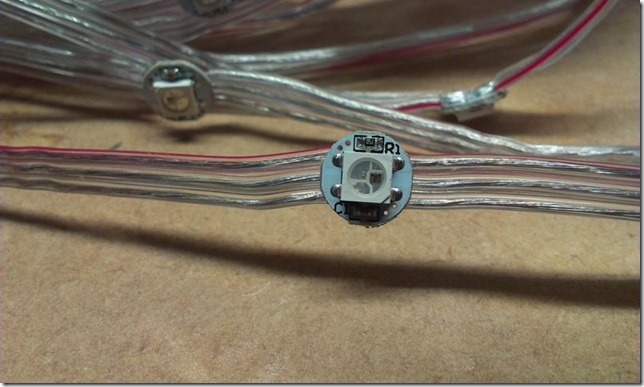 The PCB is tiny: only 10mm in diameter and most of it is used by components or wire connections. This does not leave much area to fix and hold the PCB, so they have to be held by their wires.

For the insert lighting I needed some bracket to hold the LED in place.  This is the design I came up with after a couple of tries. The LED wires are clamped between the fingers of the holder.

The line on top is to align the LED with the center of the insert. For the different size of insert the holder is different lengths. 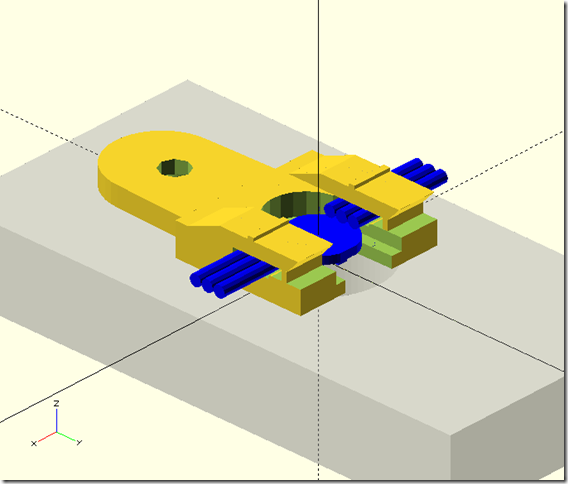 Here is one LED holder mounted on the rear of a test piece. 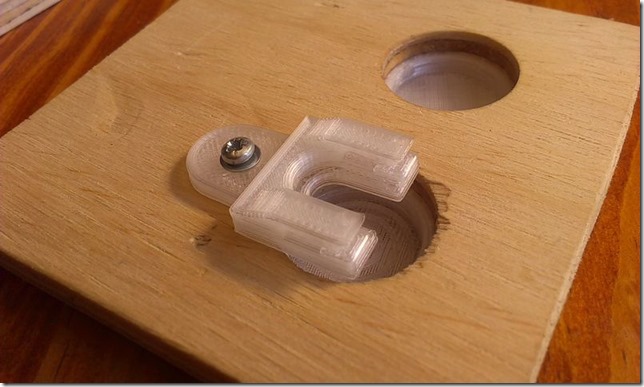 With a LED inserted into it. 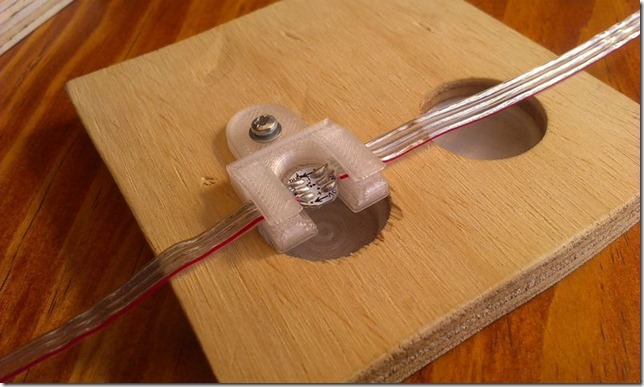 The LED just hangs in the air, and is only hold in place by the wires. 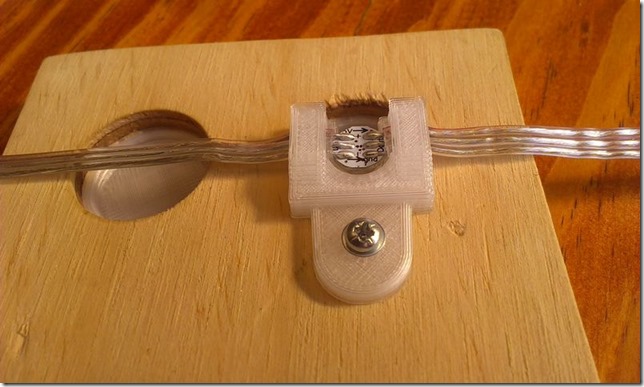 Another view.  I have not yet programmed an Arduino, so was not able to control them yet.

The playfield also needs some lighting. I am not certain if these LEDs are bright enough for this purpose, otherwise just need to place some more.

The LED holder has 2 parts:

Both parts snap together . 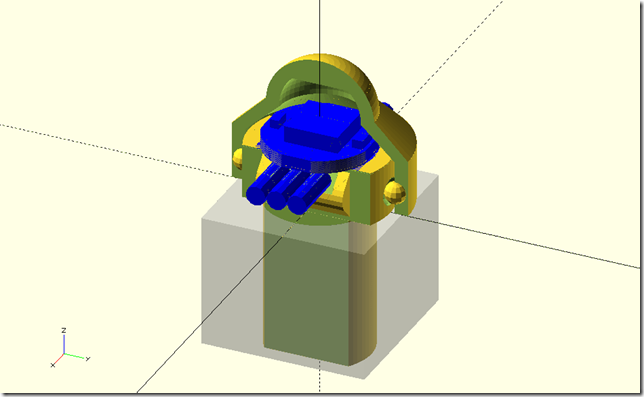 This shows the cut through of the led holder. Blue is led model. Gray is a piece of the playfield. 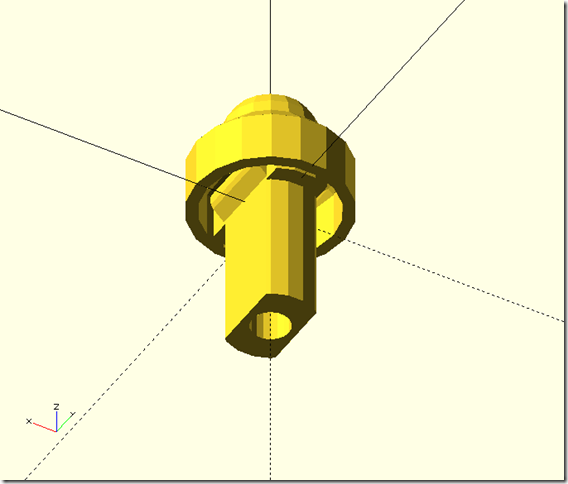 Bottom view of the light. The hole in the bottom is for an optional melt-nut. This can be used with a washer or small bracket with screw to keep the LED in place. Normally the LED will just be kept in place by the wires compressed in the hole. This holds the LED quite good in place. 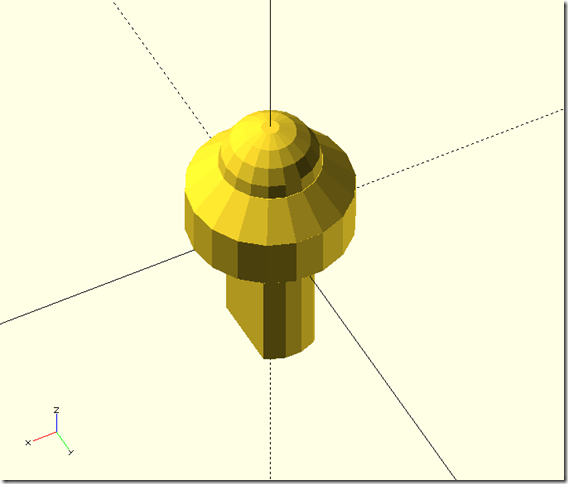 Top view of the diffusor dome. The real one is much rounder than this very course rendered one 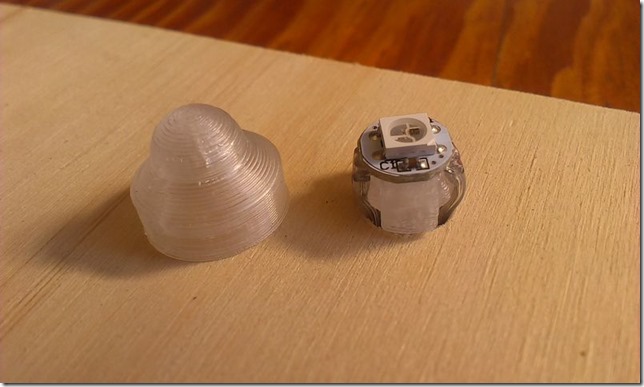 Here the actual dome and holder. The wires are folded around the stem and both are pushed together into the playfield from the top.