I came across this blog: http://pinballchameleon.blogspot.co.nz/2014/06/the-modern-firepower-pinball-project.html . What a nice project to do!  I also like to build one!

But with a difference: All custom pinballs are still build with metal parts either from old pinballs or newly made. But why buy it when you could make it yourself? I like to make most parts above and below the playfield with a 3d printer.

This project I plan to do in 2 phases:

So start with phase 1!

I like the relative simplicity of the Firepower pinball, so also going to use Firepower playfield. 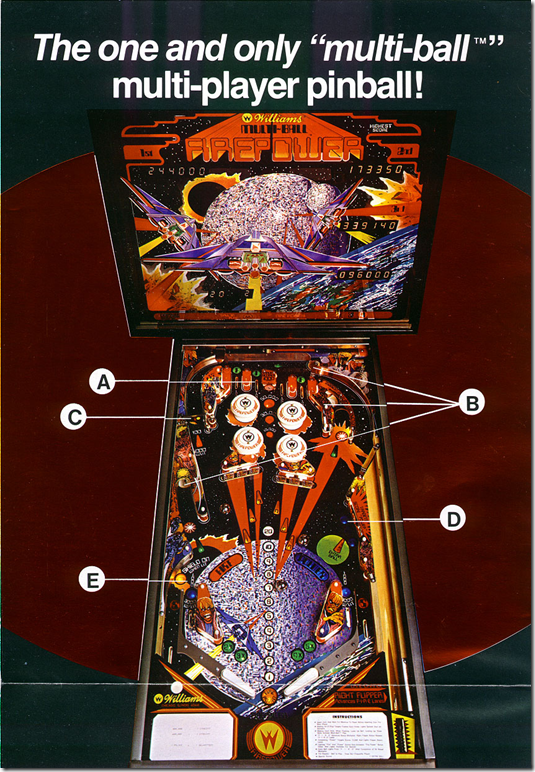 This game does not use ramps, but still has a lot of interesting features like spinners , pop bumper , ejects etc. Also, I like the SF theme as I am a serious SF fan.

Some of my requirements/ ideas

Some of the consequences of making my own metric stuff is that I need to make my own coils and plungers. Not a biggie

Also plan to create my own inserts: need to test this, but likely can print them also on the 3d printer. Alternative cut them with a laser cutter or CNC machine.

For playfield prints I plan to use either waterslide decal or (pressure adhesive) polyester.

I still need to decide if I going to base the distributed control on an AVR or ARM processor. Also what to use as a main controller: Raspberry Pie or a AVR/ARM processor. What physical interface between them. But those are problems for later.

The issues I face at the moment:

(and of course time)

So let get started with the plastic design first!

Labels: pinball
Email ThisBlogThis!Share to TwitterShare to FacebookShare to Pinterest